It comes as no surprise to locals that Boulder has been named happiest city in the U.S., for its natural beauty, access to nature and recreation opportunities. But for many, the price tag of Boulder real estate can be a non-starter. According to Zillow, the median home price in Boulder sits at a whopping $945,000. While there are options under $650k in Boulder, the market tends to be small and move fast. So what are alternatives for folks that require a lower price point? There are several communities within 25 minutes of Boulder that are not only affordable, but provide high quality of life. Here are six affordable towns near Boulder. 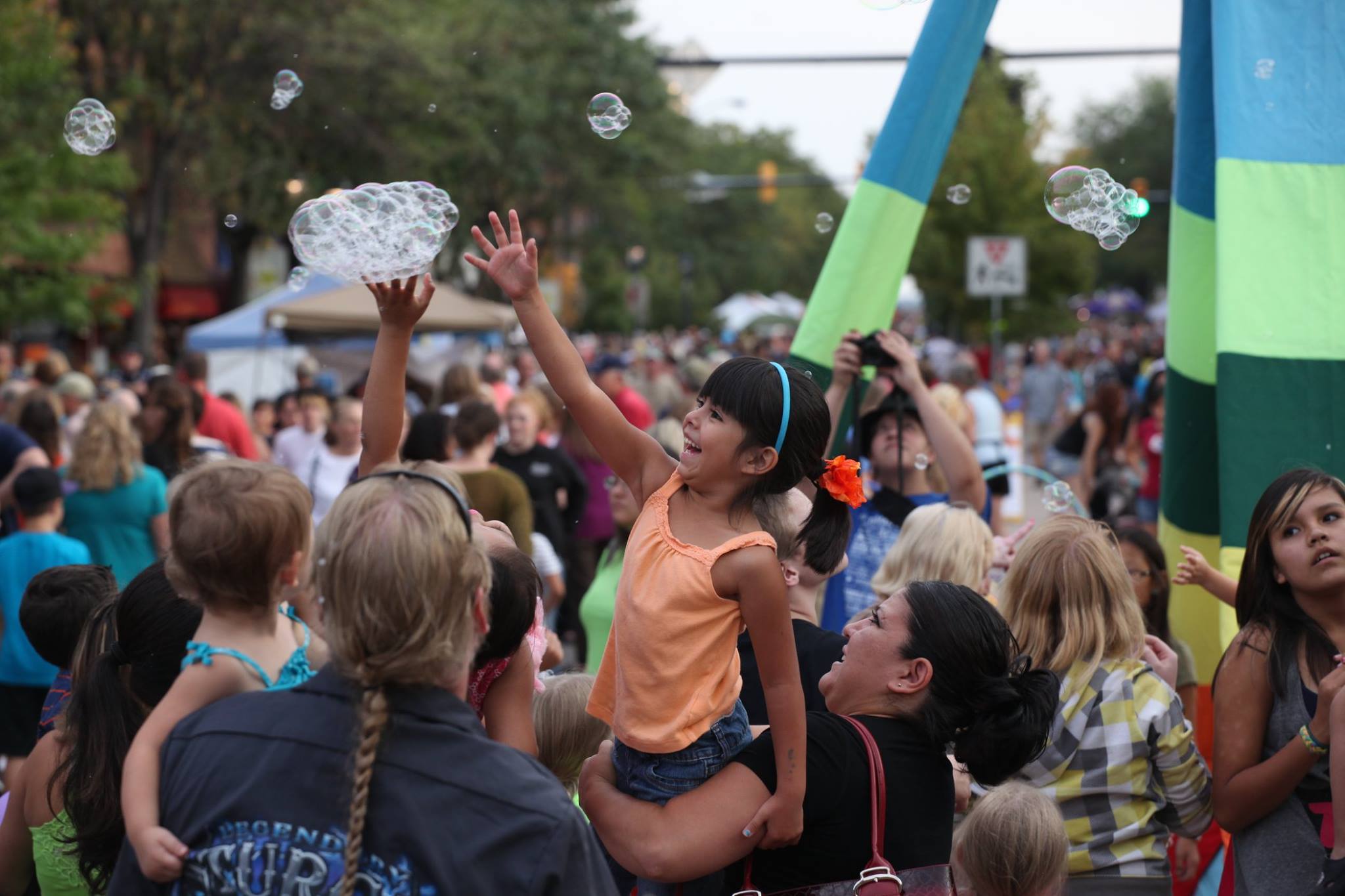 Longmont is an ideal place to live and play, with a range of housing options with lower home prices (median price of $507,000) compared to nearby Boulder, as well as an abundance of recreation opportunities, cultural attractions and exciting events. With its uniquely stunning panorama of the Front Range, the city prizes its perfect view of Longs Peak (which Longmont was named for). Over the last twenty years, Longmont has nearly doubled its population, making it the 13th largest city in Colorado. Longmont’s real estate market has a range of opportunities from historic homes to new builds. Along with the population boom, the city has revived its beautiful historic downtown which has been designated an official Colorado creative district. Meanwhile, the old Twin Peaks Mall on the west side of town was redeveloped into Village at the Peaks, a modern, outdoor shopping center and community events hub. Though Longmont has seen a ton of change, the city and its citizens honor the city’s history and traditions by continuing important annual events, preserving historic buildings and celebrating the city’s history. Longmont is an excellent choice to live if you are looking for an affordable towns near Boulder. 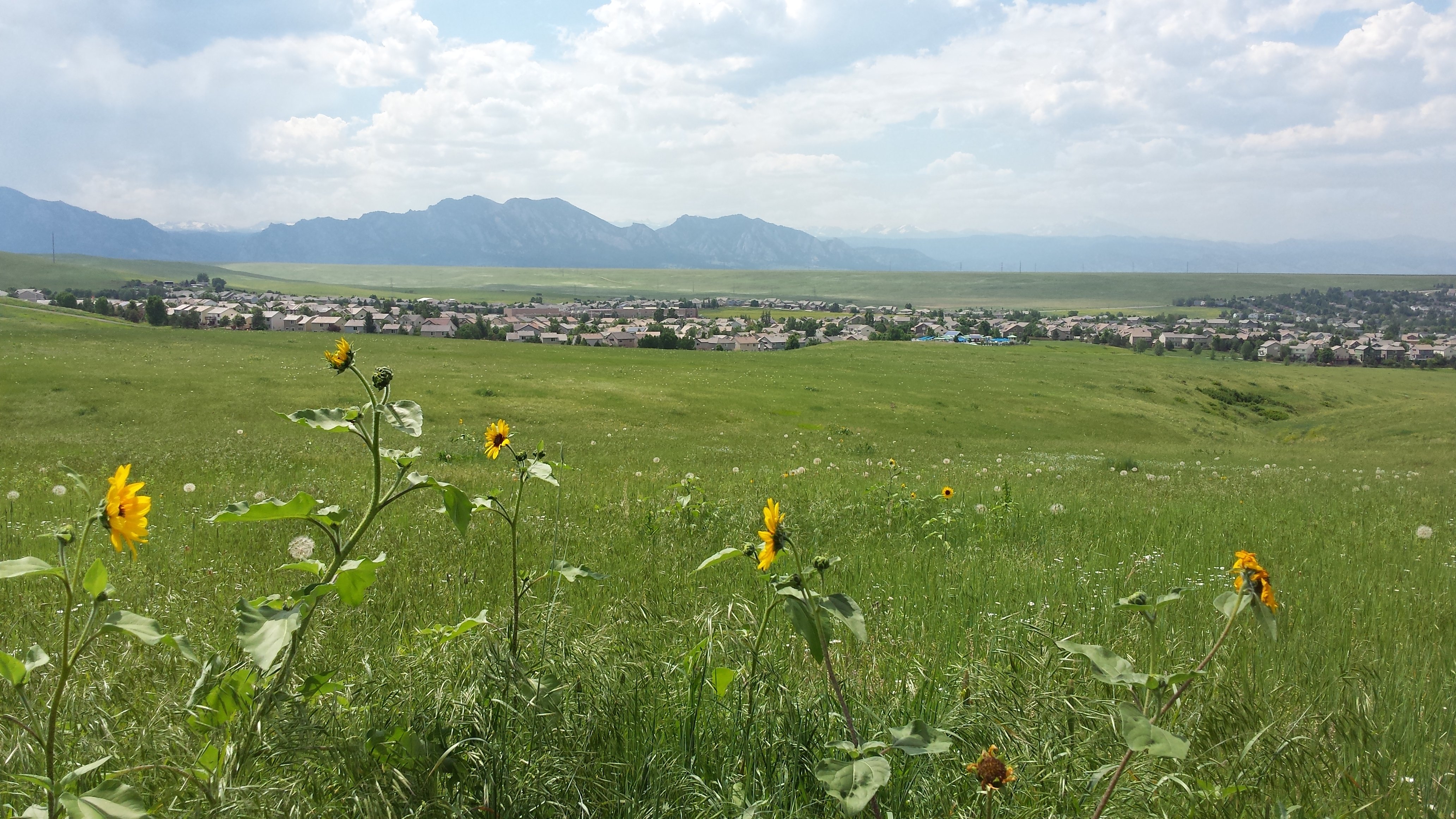 In 2016, Superior was named #1 Suburb to Live in America by Niche, topping the charts by earning A+ marks in various categories including health & fitness, education, public schools & outdoor activities. The town has become a hotspot for families looking for great public schools (all within Boulder Valley School District), a short commute and outdoor lifestyle all in a small community. Superior’s public schools are part of Colorado’s most sought after districts, Boulder Valley School District. Superior’s public schools are highly rated not only by parents, but by teachers, paying teachers the highest salaries in the state. The town is committed to green space, with many of its homes backing to Superior’s vast open space or walking trails. Commuters who prefer to bike into Boulder can use the US 36 Bikeway that runs alongside the highway. Superior is currently developing an extensive downtown area that blends a variety of residential home styles & flexible working spaces as well as diverse retail and dining, entertainment. Median home values in Superior were recorded at $767,000 in 2021 – here is a list of homes in Superior under $650k. 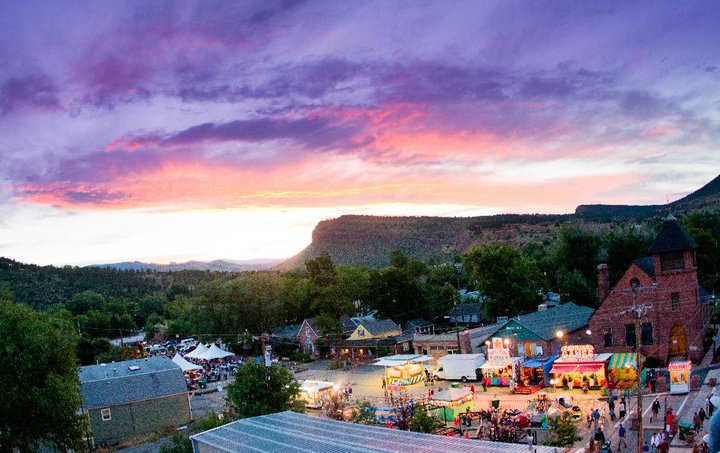 With a population of just under 2,000 people, the small town of Lyons, Colorado is known for its creativity, natural beauty and wide range of adventure opportunities. Lyons has been aptly called “A Bluegrass Playground”, a place where musicians come from all over America to perform for festivarians on the banks of the St. Vrain River at the legendary Planet Bluegrass. Elevation Outdoors Magazine named Lyons 2016’s Top Small Adventure Town for its dedication to outdoor recreation, including events like Lyons Outdoor Games, and activities like kayaking, tubing, fishing, and seasonal ice skating. Nestled against the foothills of the Rocky Mountains, Lyons is the gateway to Rocky Mountain National Park, just a 30-minute drive up Hwy 34 to Estes Park. Lyons thrives on locally-owned small town businesses and restaurants but is close enough to Longmont and Boulder (a twenty-minute drive to the East or to the South) for access to big box stores. The market may be smaller in Lyons, but many of its homes include land – the median price of a home in Lyons is $668,000. 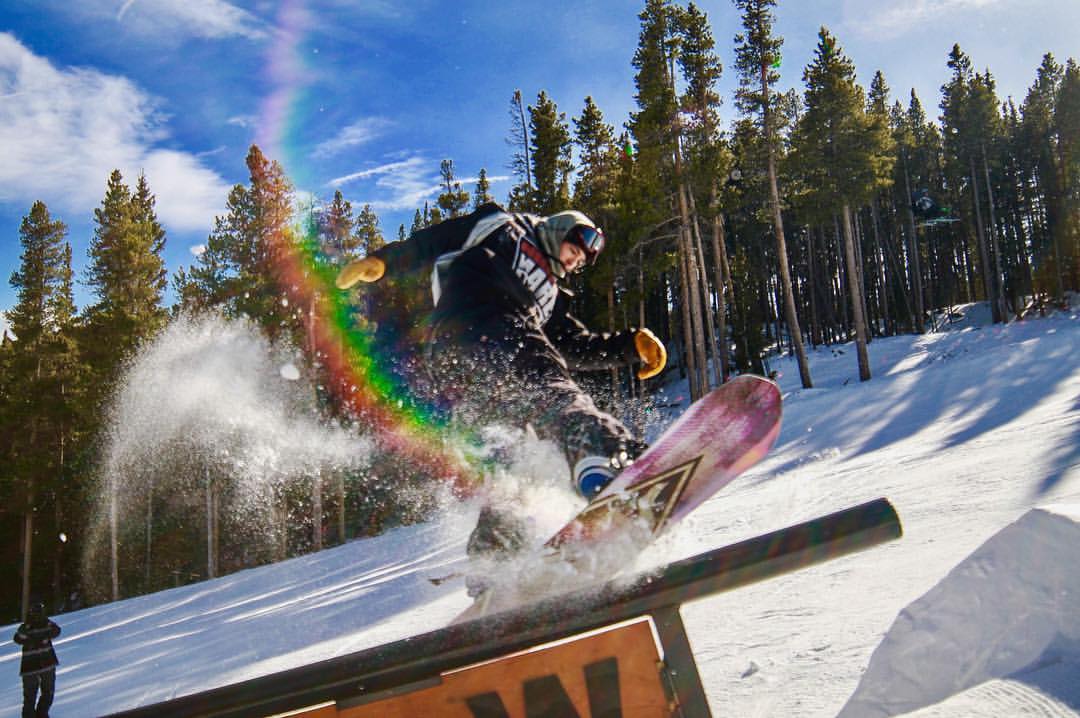 Just twenty-five minutes from Boulder up the gorgeous Boulder Canyon lies Nederland, a quirky mountain town alternative to Boulder. Nederland, or “Ned” as locals call it, embodies mountain town style with small, locally owned shops and restaurants, interesting-to-the-point-of-bizarre town events, a relaxed lifestyle, access to skiing and other winter sports at Eldora Ski Resort, as well as tranquil hiking destinations. Nederland is nestled away from the urban feel of Boulder, but remains an important part of Boulder County. As far as education goes, Nederland’s public schools are part of the coveted BVSD. The real estate market is consistently inconsistent with a handful of interesting one-of-a-kind (much like Ned!) custom houses. Still, the town’s median home value lands at $619,000. Nederland averages around 140 inches of snow every year, whereas Boulder tends to receive just under 100 inches per year. Although there is significantly more snowfall, CDOT does a respectable job of keeping the roads clear, to the relief of the many commuters who live in Ned and work in Boulder. 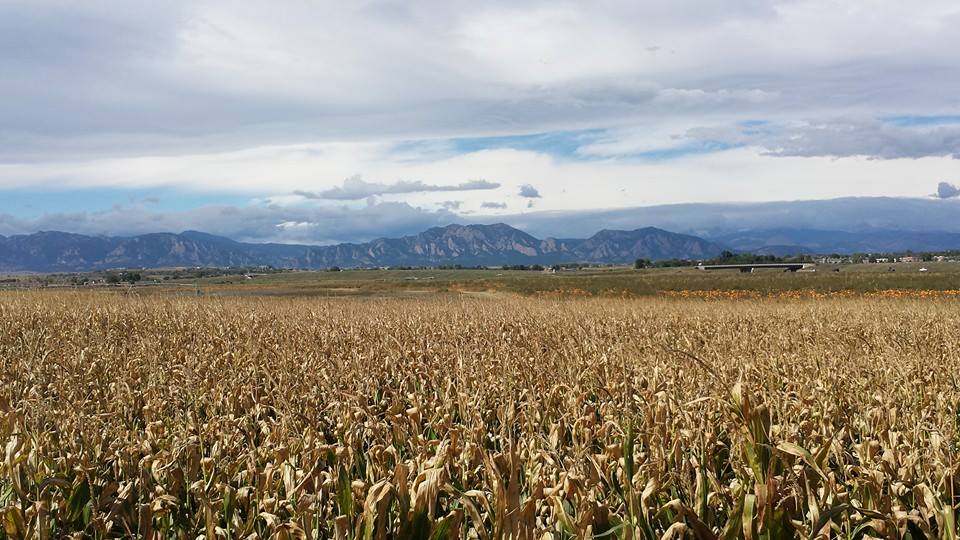 Broomfield is loved for it’s hometown feel, beautiful parks and plentiful open space. Broomfield’s central location between Boulder and Denver makes it the perfect spot for commuters. The city was named in Money Magazine’s 2020 Best Places to Live, for its outdoor recreation as well as it’s plentiful job opportunities. Broomfield County was also recognized by U.S. News & World Report in 2020 as being one of the healthiest communities in the U.S. This study looked at several factors including the community’s economic performance, the strength of its education system, the availability and affordability of housing and myriad other elements that affect residents’ overall quality of life. The city’s median housing price lands at $585,000. The city offers a range of housing options, here are the current listings under $650,000. Although the city is held within a single county, it is split into four different school districts. If you are moving to Broomfield, Colorado, you’ll want to know which school district serves your neighborhood. The two main school districts are Boulder Valley School District and Adams 12 Five Star Schools. There are also segments in the northern part of the city that are served by St. Vrain Valley School District and Weld County Reorganized School District. You’ll also want to check out the many fun events and gatherings in the community, including Broomfield Days and the Farmer’s Market. Newcomers may also enjoy this interesting video on the history of Broomfield. Broomfield is an excellent choice to consider when looking at affordable towns near Boulder. 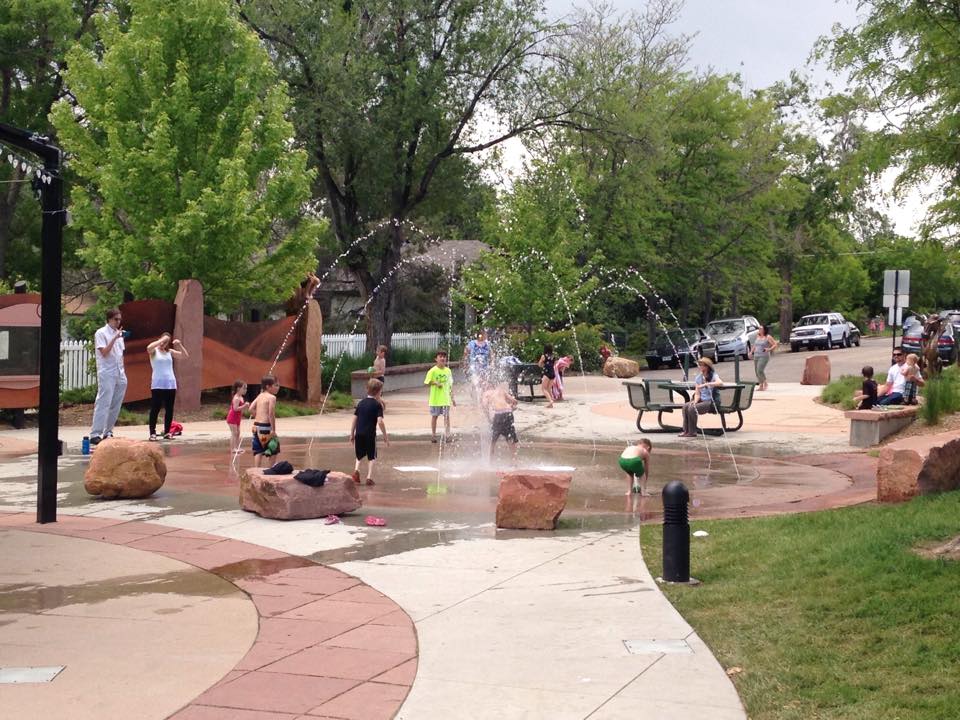 One of Boulder’s closest suburbs, people love living in Lafayette, CO for it’s small town feel, fun community events, local dining and shopping options as well as its many parks. In 2019, Lafayette was named the first “Bird City” in Colorado by the Environment for the Americas for the city’s focus on conservation, education and preservation of local birds and their habitats. Lafayette’s public schools are part of Colorado’s most sought after districts, Boulder Valley School District. Livability named Lafayette one of Colorado’s Best Cities for Families in Colorado. Buying a home in Lafayette is more affordable than purchasing real estate in nearby Boulder, making the city particularly desirable. Thinking about moving to Lafayette, Colorado? Click here to read more about why Lafayette is a great place to live. 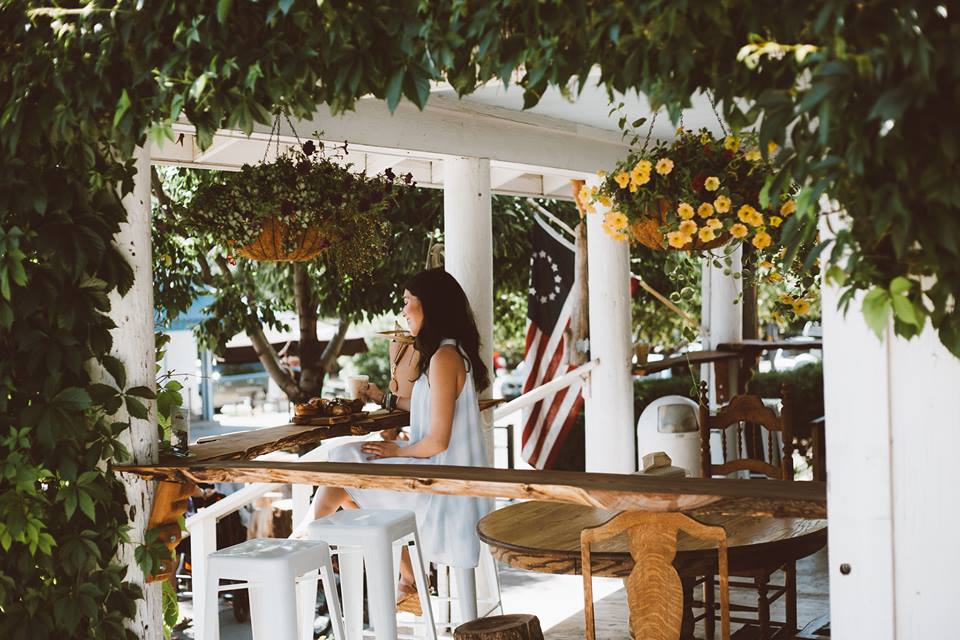 Louisville was put under the spotlight in 2012 when it was named one of the top 10 Best Towns for Families in the United States by Family Circle and as the #2 Best Place to Live by Money Magazine in 2013. Since then, Louisville has shined as an optimal spot for people to live, with its quick commute to Boulder (15 minutes!), extraordinary views of the front range and small town feel. Homebuyers can get more bang for their buck compared to similar homes selling in nearby Boulder. Although the median price of homes in Louisville has climbed to $784,450, there are still opportunities under $650,000.  Louisville has become a high tech hub for Boulder County, bringing opportunity for locals. As far as education goes, Louisville public schools are also part of Boulder Valley School District.

Boulder’s cost of living is about 42% over the national average and about 29% higher than the rest of Colorado. The median home price in Boulder sits at a whopping $945,000.

Broomfield is an easy choice for anyone who wants to live halfway between Denver and Boulder.

The closest towns to Boulder are Louisville and Superior, followed by Lafayette, Lyons and Longmont. The closest nearby mountain town is Nederland.

Shocked by Your Home Valuation and Property Tax...